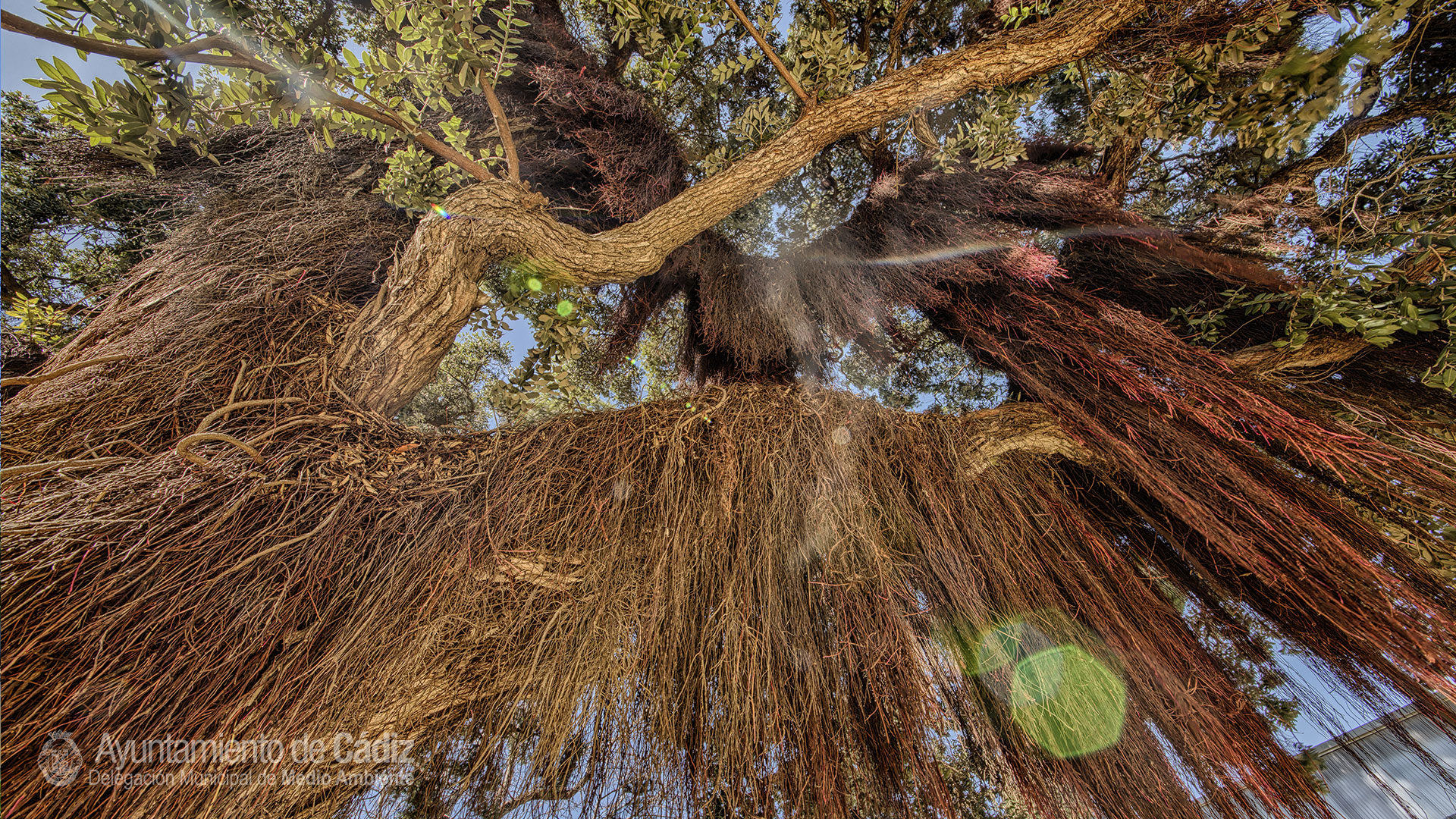 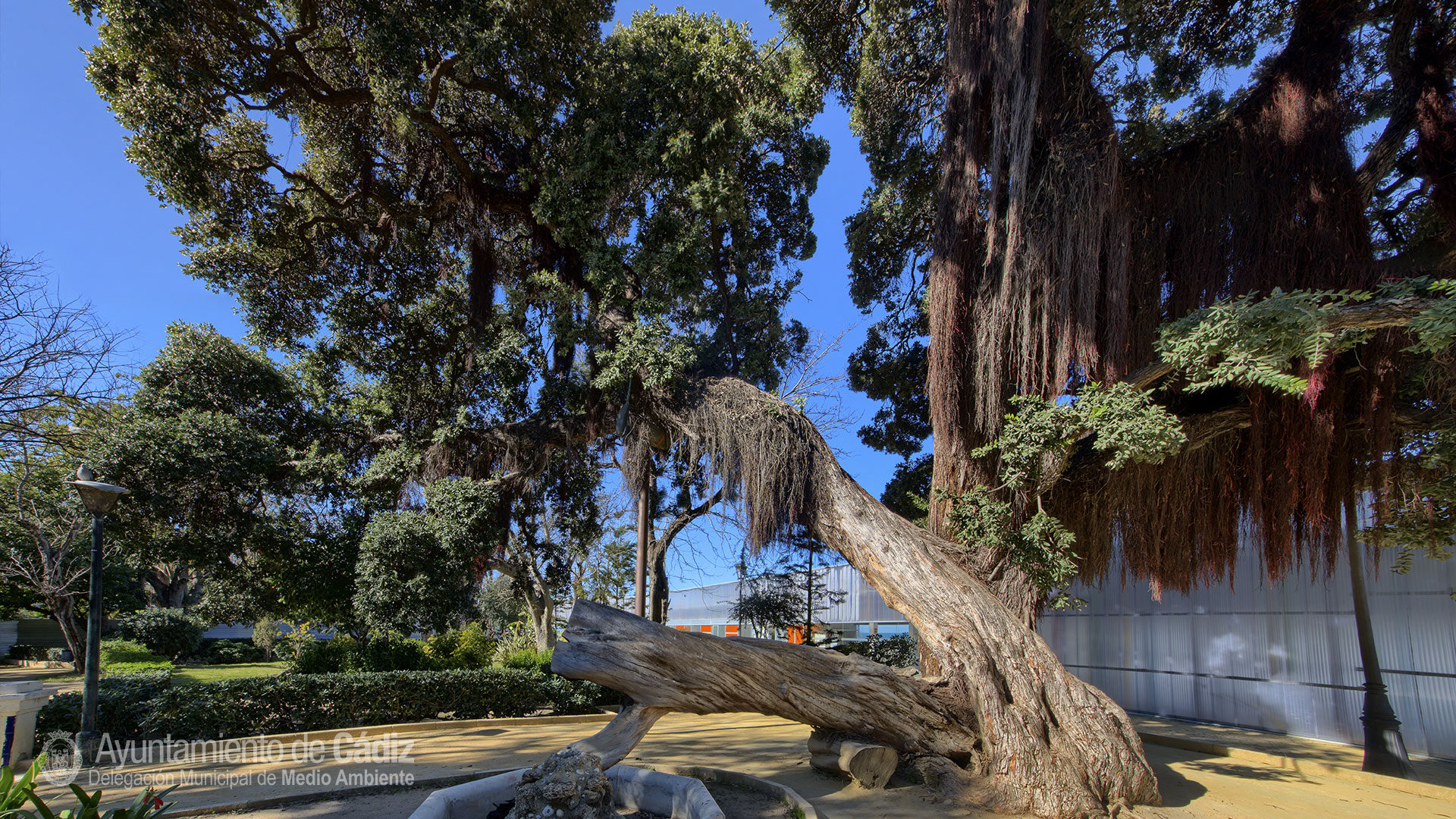 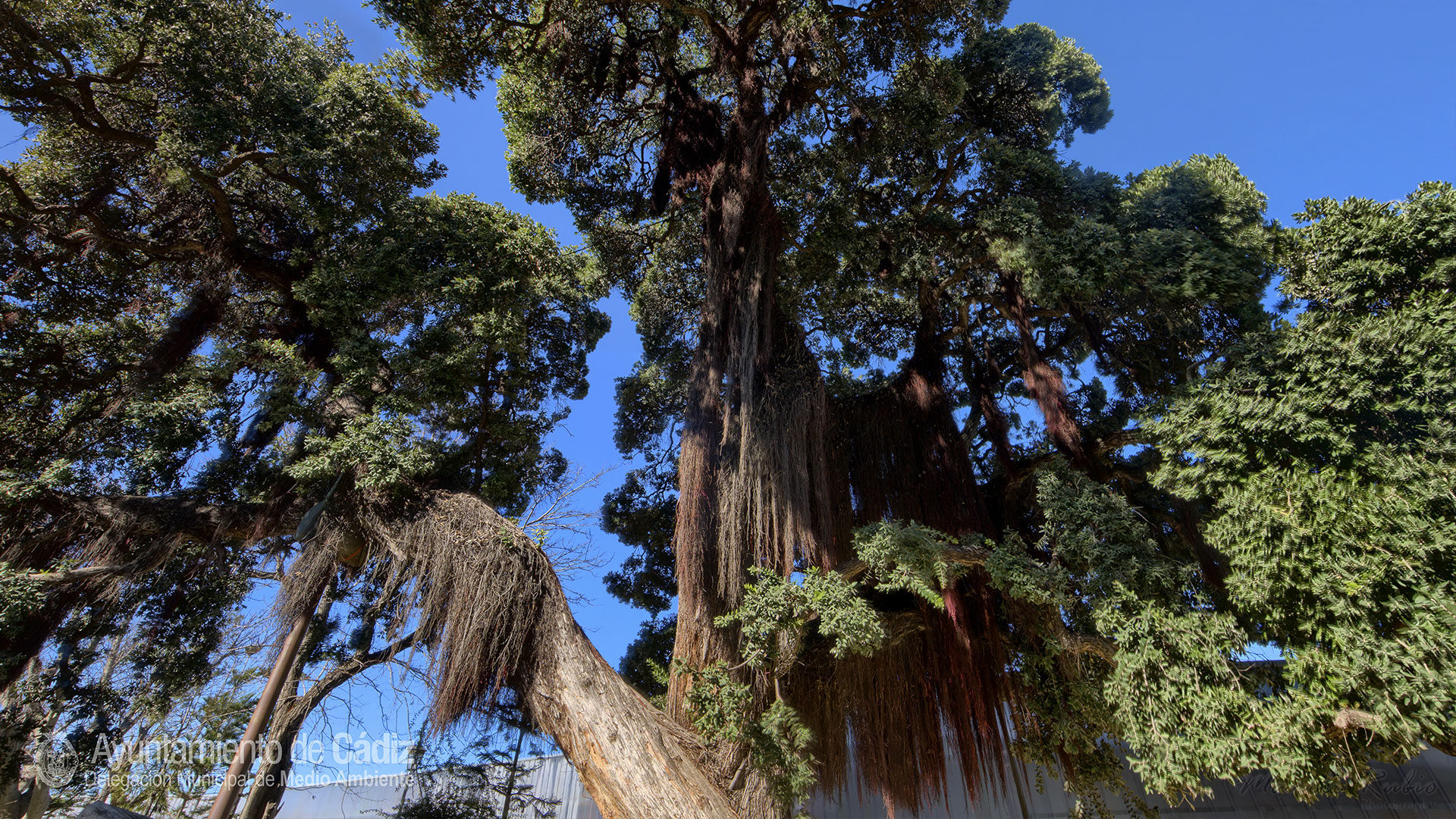 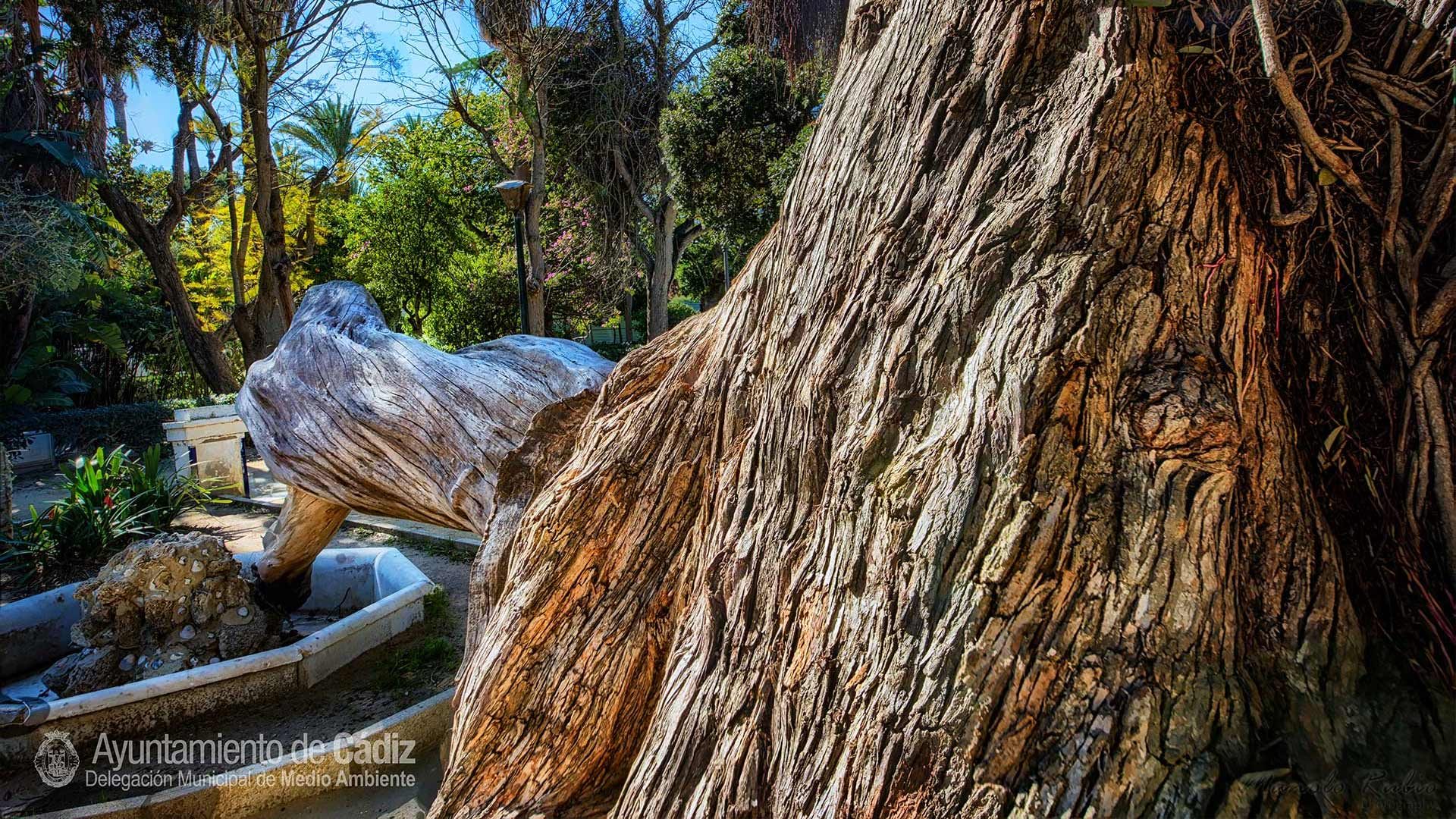 The name of the genus derives from the Greek metra or ‘heartwood’ and sideron or iron, for the hardness of its wood. It is also known as an iron tree and in its place of origin (New Zealand) as a Christmas tree because it flourishes there during that period. The Maori calls it “Pohutukawa”, which means “splashed by the mist of the sea”. The specific name excelsa, great; formerly known as tomentosa, alludes to the hair or surface of its leaves.

A coastal tree which you rarely find indoors can reach up to 20m in height and up to 2m in diameter. It grows on cliffs with several short, straight trunks, with tortuous branches extended to the water from which red fibrous roots hang. It does not tolerate cold temperatures of less than 5º C.

Its leaves are simple perennial leaves that are inverse and whole, with a lanceolate shape. They are bright green on the upper surface and white and hairy on the underside. They produce clusters of flowers with bright red stamens, are feathery in appearance and are seen in May and June. The nectar produces a much appreciated honey. In some years, the trees are covered extensively with flowers. Its fruit bears in pods.

The wood is exceptionally hard and was used by Maori and European settlers for tools and construction of canoes and boats. For the Maori, it is a mythological tree and the colonists used the flowers to decorate their homes at Christmas, instead of holly. Medicinal properties are attributed to the bark and nectar of flowers.

Genovés Park hosts the most important centennial specimen in Europe that, together with another smaller one in the north, are the two oldest documented examples in this continent. There are other younger specimens in the Gardens of the Paseo de Carlos III, Paseo de Canalejas, Alameda Apodaca, Rochester street, Cortadura, etc.