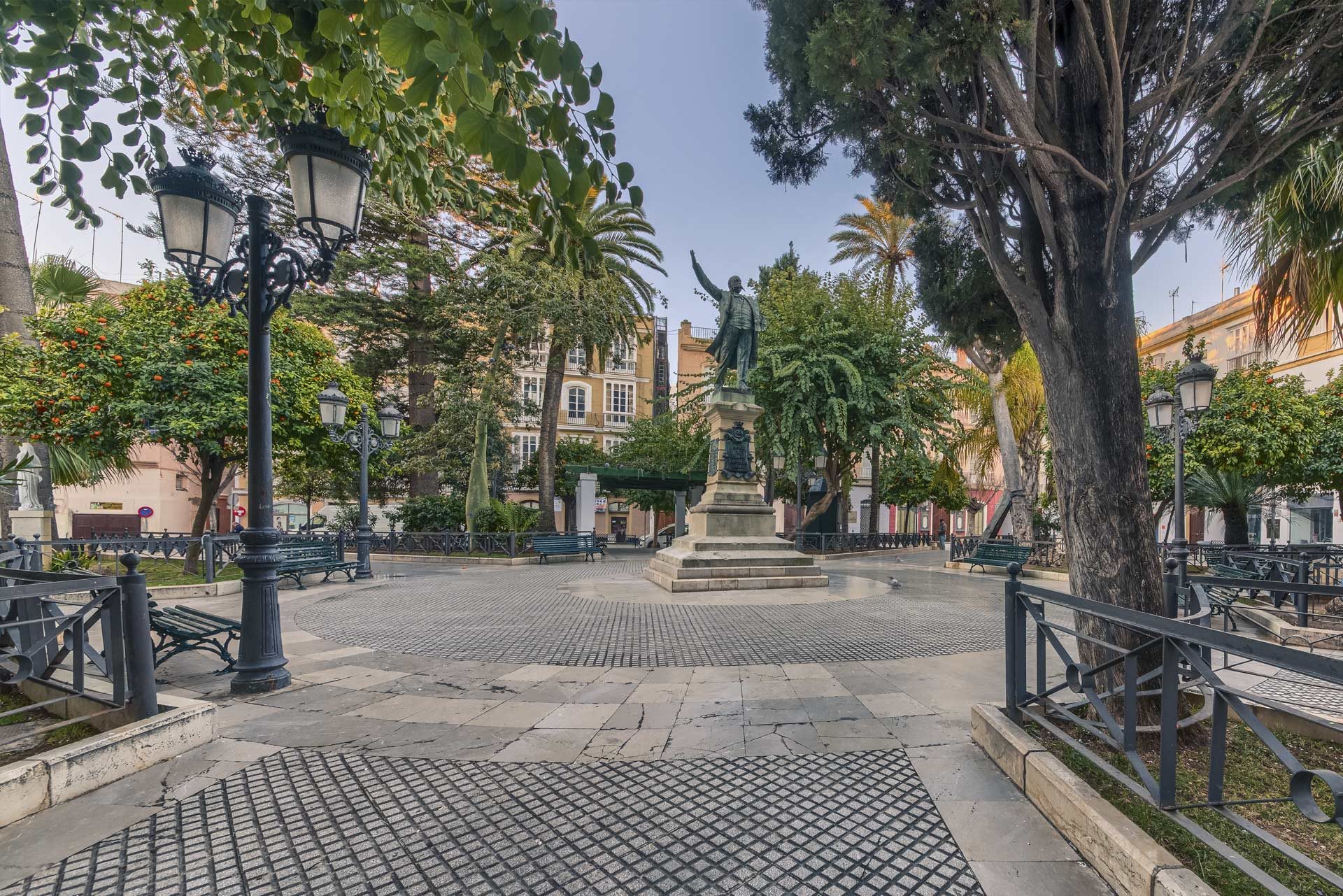 …..because said chapel was there. After the expulsion of the Moors in 1610, a convent of nuns of Candelaria was founded in its place,  hence its current name. The Convent was demolished in 1873, in times of the Mayor Fermín Salvochea, because of the damaged state which it was in. In 1879, the Cadiz City Council was authorised to acquire the large plot of land for public use and, in 1884, the mayor José Ramón de Santa Cruz undertook a large-scale reformation, urbanisation and landscaping of the square.

The Genoves Park owes its name to the Mayor of the City, Sir Eduardo Genovés y Puig, ……

The old small square, named Plazuela del Carbón, which, at the beginning of the 19th century would be extended with land reclaimed from the sea ……

Login to Zonas Verdes, Parques y Jardines de Cádiz
Reset Password
Enter the username or e-mail you used in your profile. A password reset link will be sent to you by email.